B/R Gridiron made its experiential debut at Super Bowl LIV in Miami by creating an all-in-one experience that encapsulated the best in live events, hospitality and fan engagement. B/R Gridiron at 1111 Lincoln was open for four days, giving fans exclusive access to Bleacher Report shows including Untold Stories, Ditch the Playbook, The Lefkoe Show and the Stick to Football podcast.
‍
Teaming up with AT&T and WarnerMedia, 1111 Lincoln was an all-encompassing event creating a one-stop shop for access to top talent and premium programming with live broadcasts of The Dan Patrick Show and The Rich Eisen Show with our partners.

Warnermedia brands under one roof

1111 Lincoln was one of the first combined AT&T and WarnerMedia events hosting multiple brands in one space, creating an unrivaled experience for football fans. 1111 Lincoln brought Bleacher Report, CNN/HLN, NFL Sunday Ticket and DIRECTV to life with nonstop content capture and fan experiences.

B/R Gridiron at 1111 Lincoln hosted live B/R productions such as Untold Stories, Ditch the Playbook, The Lefkoe Show and the Stick to Football podcast. Throughout the week, a steady flow of athletes joined our B/R circuit for the shows or social content capture. 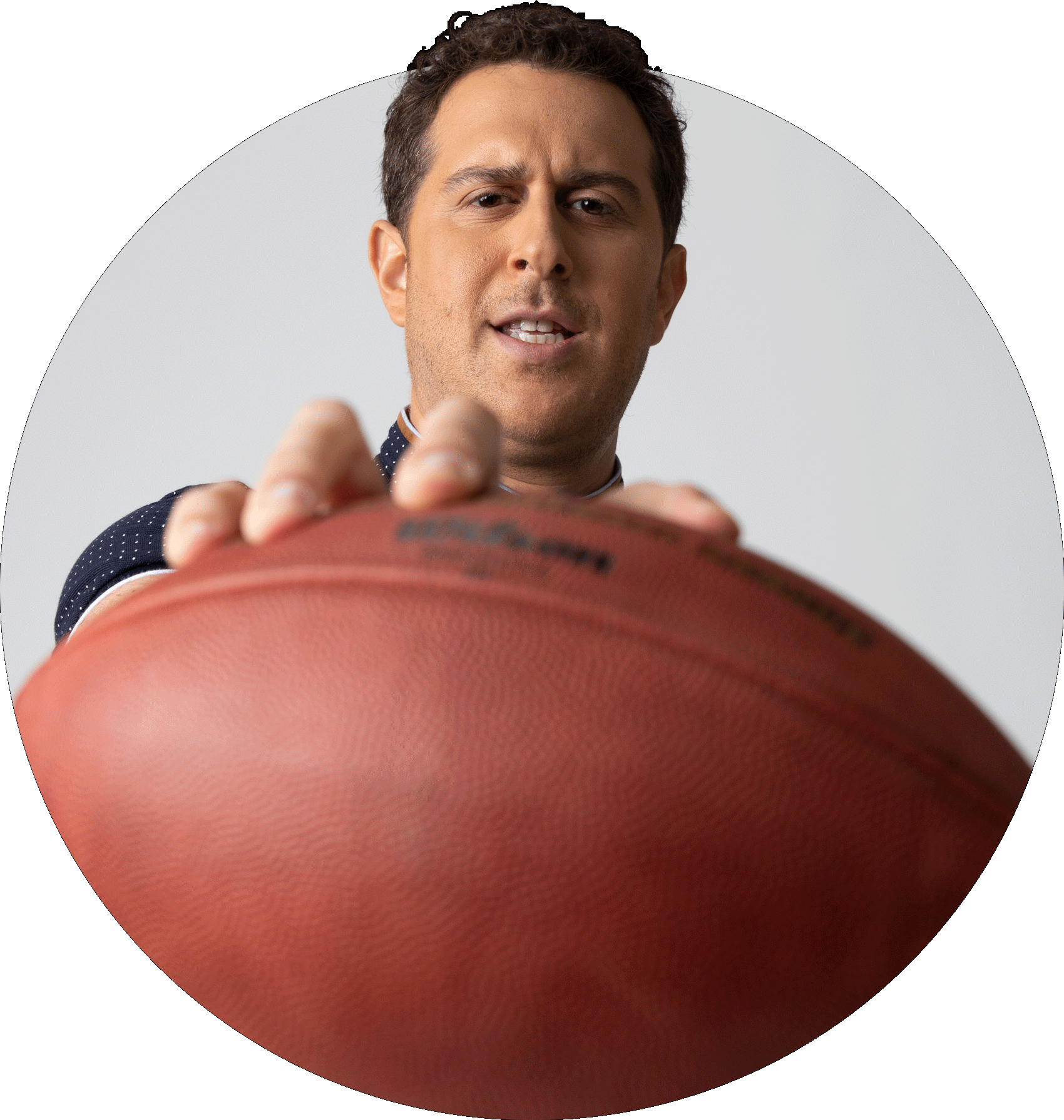 Adam Lefkoe hosted his podcast out of B/R Gridiron at 1111 Lincoln with guests like Odell Beckham Jr., Joe Burrow, Dan Patrick and Adam Thielen stopping by for a chat. Co-host Brian Westbrook joined the show for a special live episode featuring Jason Kelce. 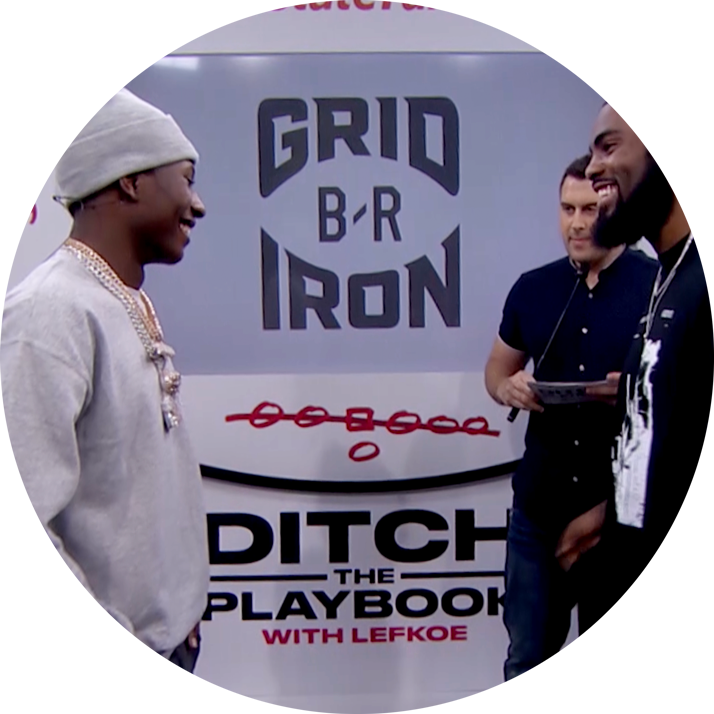 Filmed in front of a live audience, the season finale of Ditch the Playbook, hosted by Adam Lefkoe, was a game show inspired by Family Feud, pitting offensive and defensive stars against each other. Team Offense consisted of DeSean Jackson, Darren Waller and Hollywood Brown, while Team Defense was represented by Cam Jordan, Johnathan Abram and Landon Collins. The episode generated 1.13M views across all social platforms and was a must-see event that week. 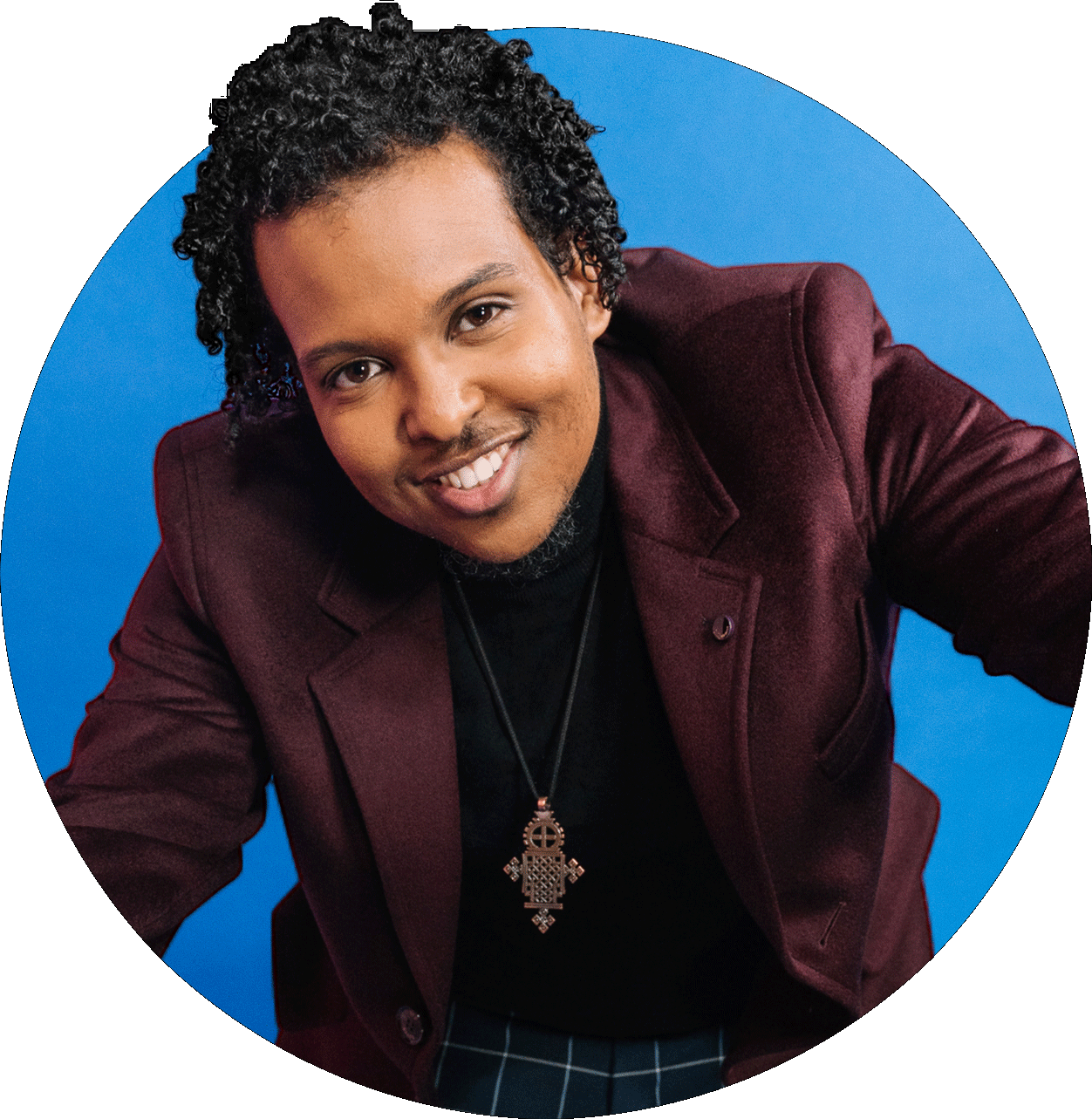 Untold Stories with Master Tesfatsion hosted NFL legend Ed Reed for an up-close-and-personal conversation. The pool table set was recreated at B/R Gridiron at 1111 Lincoln, allowing the show to continue in its element. 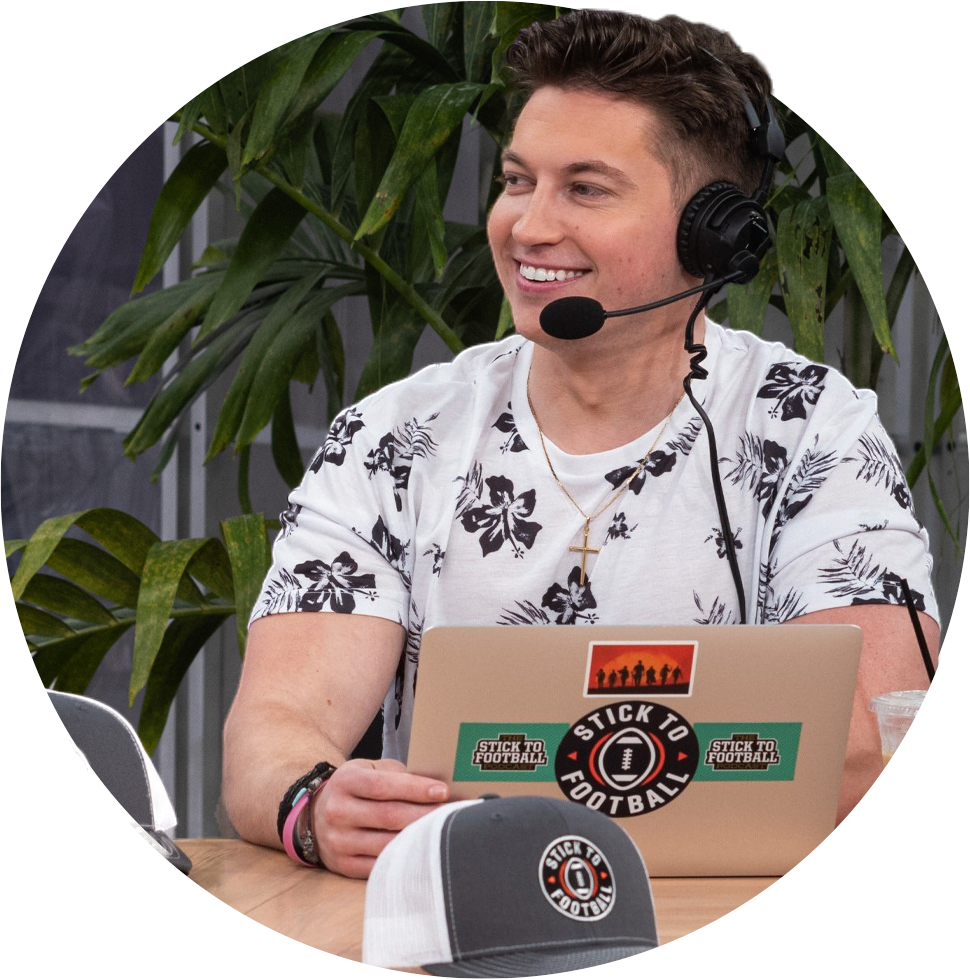 After spending a week at Super Bowl Radio Row, Stick to Football recorded a live podcast episode with special guests at B/R Gridiron at 1111 Lincoln.

B/R Gridiron at 1111 Lincoln provided brand partners a unique opportunity to reach an extended group of fans looking to partake in the Super Bowl festivities. 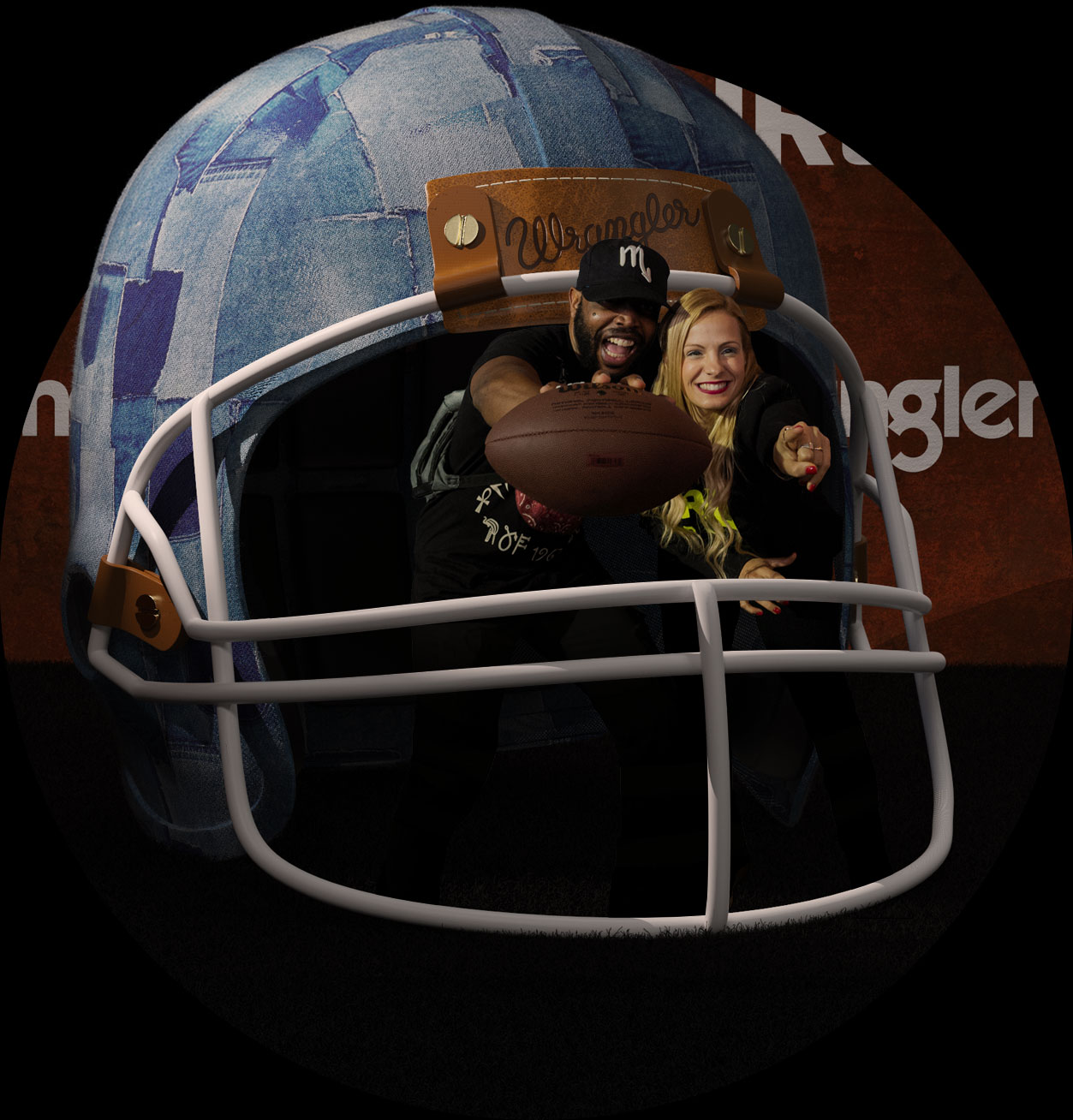 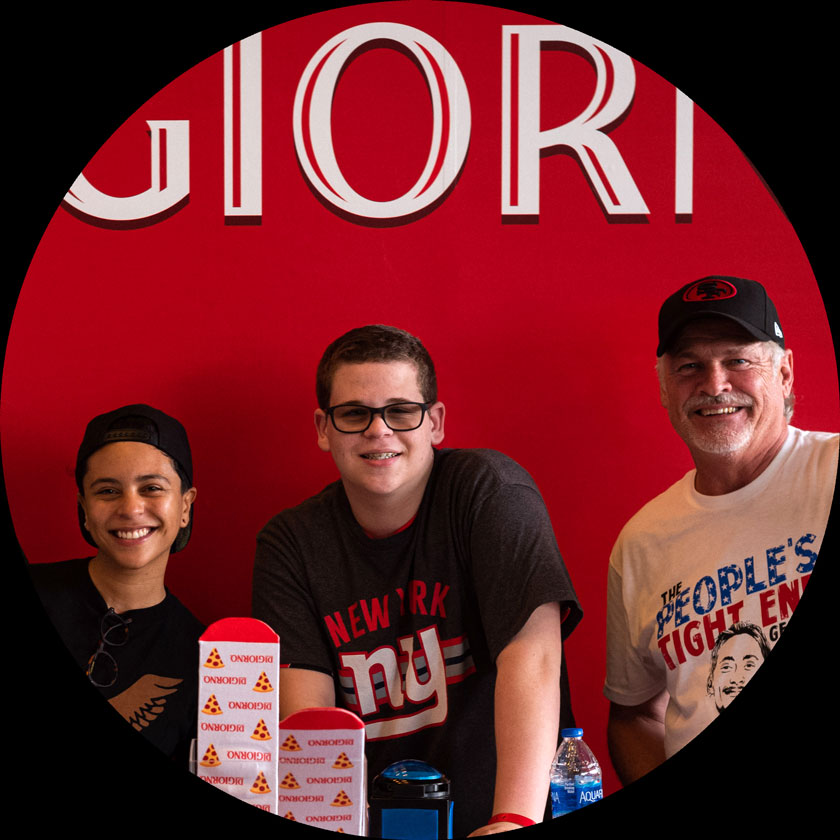 Attendees went head-to-head in a Jeopardy-style trivia challenge testing their knowledge of all things football. Guests also had the opportunity to toss footballs into an interactive wall. Winners of both events received custom DiGiorno prizes. 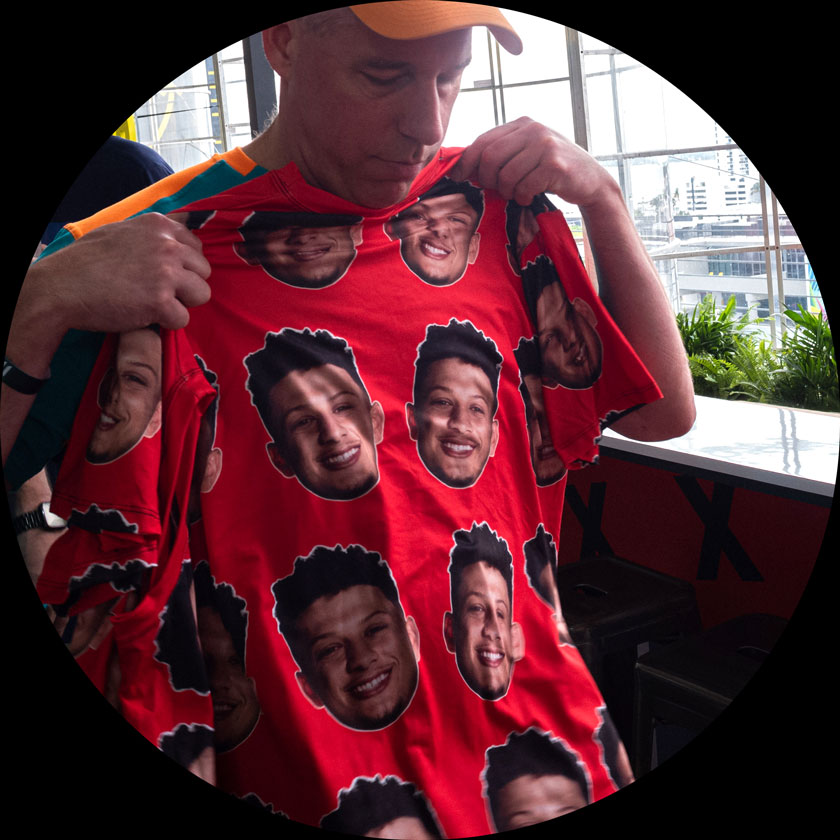 State Farm owned the Ditch the Playbook content and production set live on-site and gave away one-of-a-kind Patrick Mahomes “Mahomies” T-shirts that were spotted across Miami throughout the week. 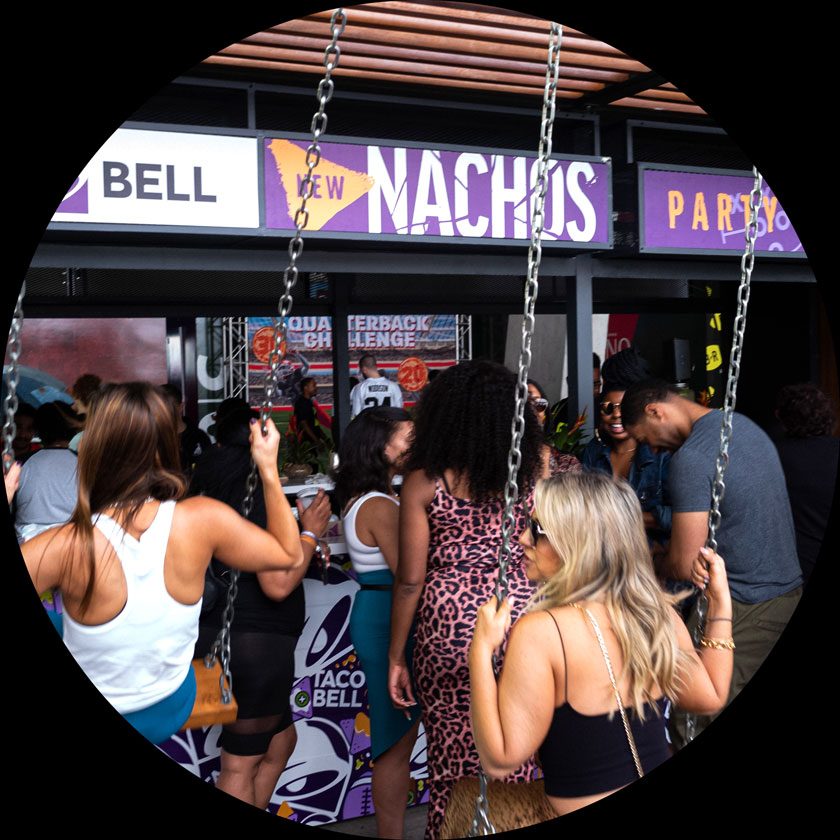 The Taco Bell Bar within B/R Gridiron at 1111 Lincoln provided fans with the only place to get drinks and food during the event. Guests were given free access to the brand’s new item, Nacho Party Packs, while they hung out and watched the shows. Oh yeah, did we mention it had swings?!